I probably knew that Superman was "born" in Cleveland. But just in case anyone does not know, this display greets you as you leave Cleveland airport. 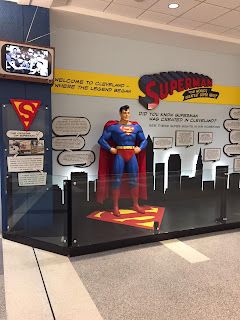 I came to Cleveland to do a double-bris for these twins.

Oy vey. Are these boys adorable, or what? And get a load of that hair!
They were born a little early, so they were a little small at birth. Their size was the main cause for the delay, but even the delay was only a week and change. Neither of them weighed 6 pounds yet by the time bris-day rolled around. 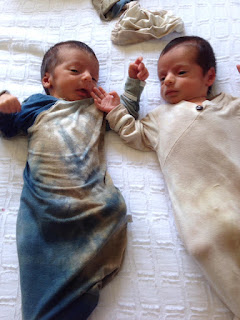 Here is the pre-bris recitations for one of the brisses. 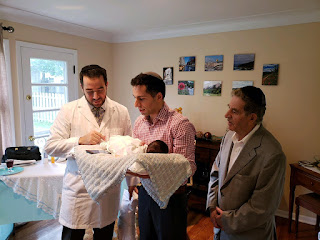 And here they are, immediately after the bris. Both pretty chilled out. I understand they are pretty calm in general. 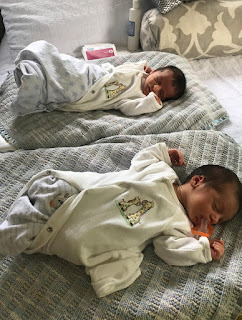 One more - of the champs! 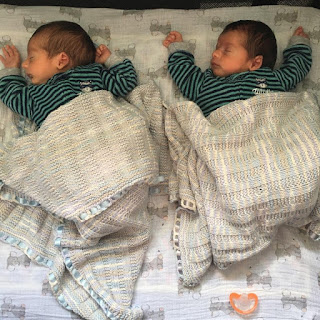 p.s. I flew home on Jetblue, and was unable to pick a seat before the flight. Sometimes, on a full flight, this has benefits, as I was assigned an "extra leg room" seat!

Sunday night I flew into Dallas for a Monday morning Bris. Because it was a Fast Day (17 Tammuz observed) I brought a sandwich with me to eat on the plane. That prompted this experience. 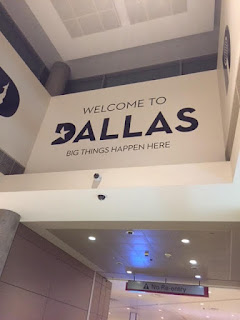 Of course, as they say, everything is bigger in Texas. The local synagogue was under construction/renovation, so the bris took place in the local school, which was closed for the summer.  The campus of the school is incredible - so much thought was put into the design at the time it was created. It is a marvel.

Anyway, this is what you see when you walk in to the campus. 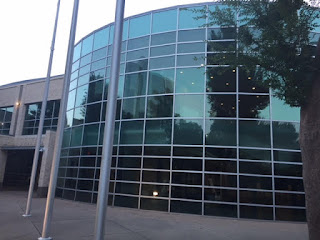 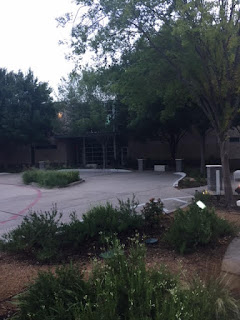 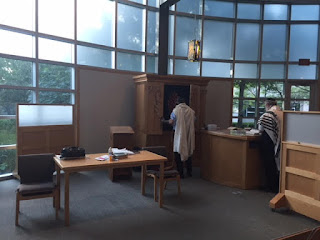 Here is the baby when he is being named. And the photo in real time of the naming taking place. 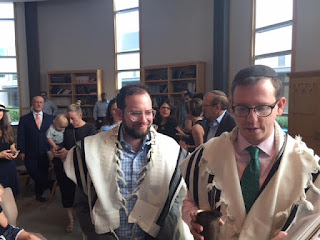 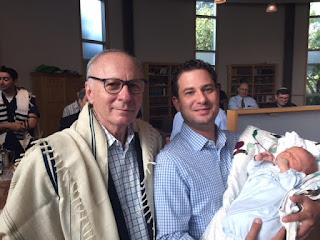 Mazal tov! I look forward to returning to Dallas for the next bris!
Posted by A.B. at 4:54 PM No comments: