The bris was supposed to be almost two weeks ago, but due to jaundice, and then the holidays, the bris was postponed. In the meantime, the baby's greatgrandmother passed away, and the bris ended up taking place the morning that Shiva ended for his grandfather.

So I was able to join the family for Maariv. 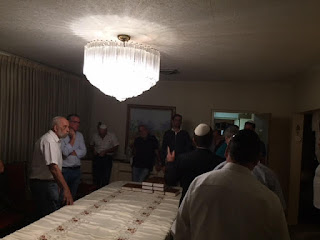 And then for Shacharis - which happened to be Rosh Chodesh (they even asked me to read the Torah!) 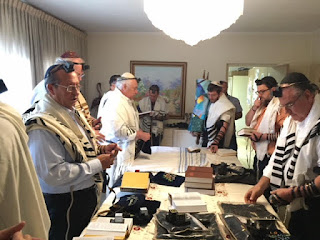 As an aside, the deceased was famous for her shrine in her house. I got to see it. Really incredible. 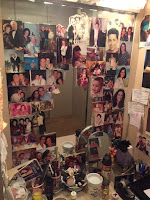 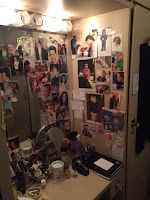 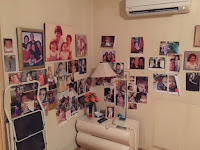 I also got to see the Ashkenazic shul - though it was at night. The rabbi opened it up for me. 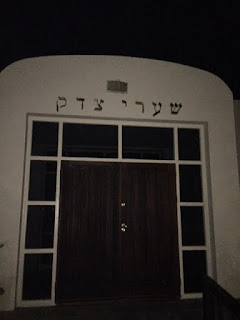 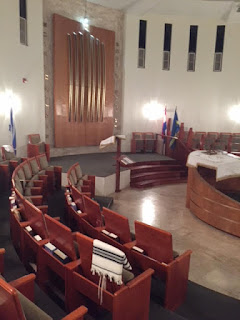 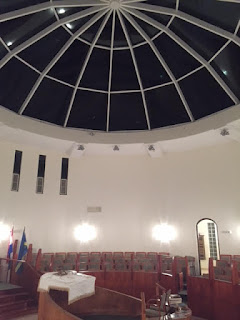 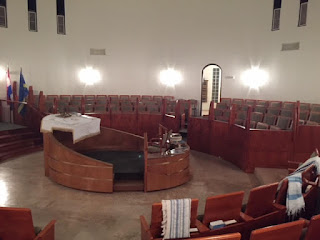 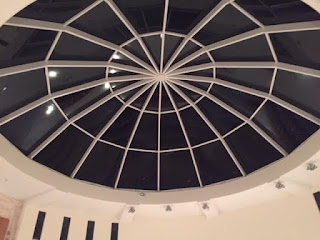 In the morning, the bris actually took place at a hotel. The hotel put up this sign (small typo). I can only imagine what people who were unaware of what was going on were thinking. 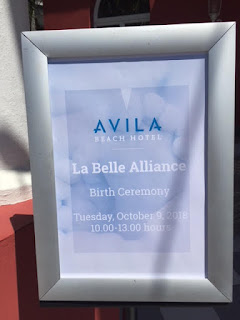 Nice catering. Look at these takehomes (and see my cameo in the mirror): 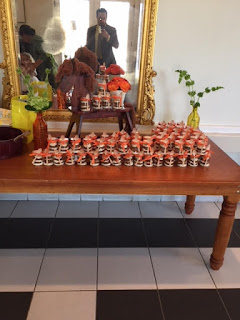 Some pictures of the beach! The water is amazing, the beach (private, man made at the hotel) is so calm and quiet. Really an amazing vacation spot for those who look for this kind of thing! 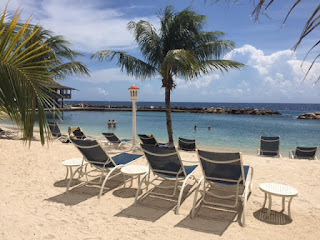 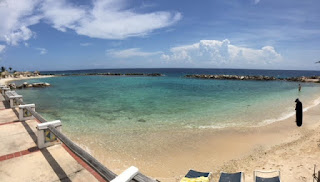 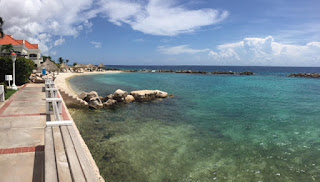 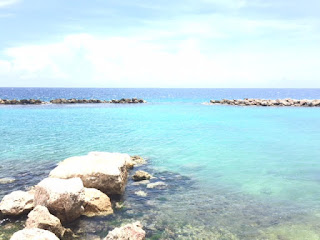 And this fine lady oversees everything. 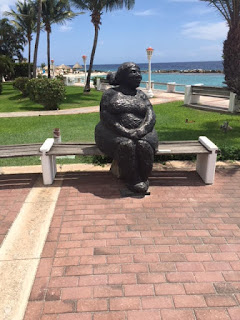 So fun! Any way, I don't know when the next bris will be in Curacao. But should it come to pass that a baby boy is born to a Jewish mother in Curacao, and I am privileged to be called again, I'll look forward to returning to this beautiful island for a simcha!
Posted by A.B. at 4:46 PM